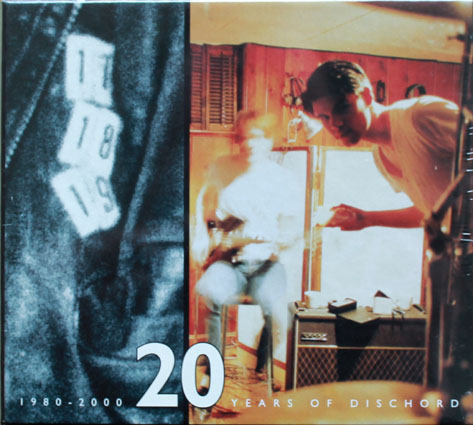 A staggeringly impressive multi-media project, compiled together in 2002  to celebrate the anniversary of Dischord Records. Two CDs document those twenty years, like a ‘best of’ mix-tape, everyone from The Teen Idles – to Q And Not U, and a track from pretty much every single band that had a release on Dischord in those intervening years. The third disc is an assortment of 23 rare and unreleased tracks – including S.O.A., Youth Brigade, Minor Threat, Government Issue, Void, Fugazi, Dag Nasty etc. Also includes a 134 page, full colour booklet (a fab book in it’s own right), plus 6 video clips on one of the enhanced CDs. 73 tracks in total. A coffee-table hardcover book that compiles full-colour/black-white photos with articles written by Joan Jett, Amy Farina (Coriky etc.), Allison Wolfe (Bratmobile etc.), Donita Sparks (L7), Alice Bag, Amy Pickering (Fire Party, Dischord etc.) and more. The photography is both the typical journalistic ‘on stage’ shots, plus more intimate hanging-out snapshats. Featuring the obvious DC bands from within the time period (Fugazi, Dag Nasty, Q And Not You etc.); and also every other band that came through town: Saint Vitus, Shellac, Sleater Kinney, Melvins, etc. This docu-book is different (and better) than some of the other similar themed projects that are out there (and DC certainely has more than its fair share) due to the concentration upon the female perspective and contibutions. 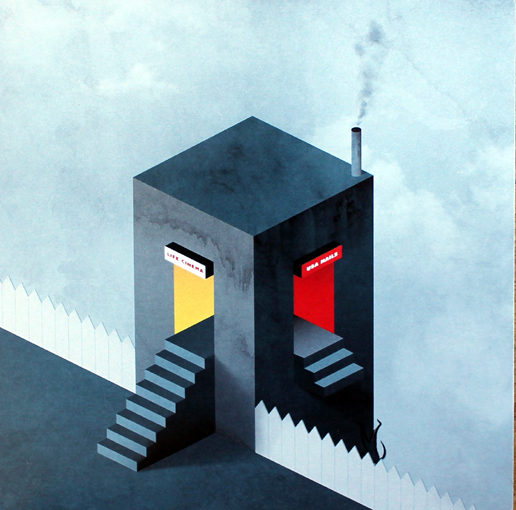 For the past several years these UK noiseniks have been banging out album after album (this is their fourth, from 2019). A high-temperature combustion of unhinged indie-noise-rock from a band whose members have served in Oceansize and Silent Front among others. Welding together jagged-edged chunks of different influences: the off kilter dischordance of Unwound, the playful Northern oddness of The Fall, and the fuel burning energy of the Hot Snakes. End result is somewhere between Idles and Hookworms, but far, far better than both… 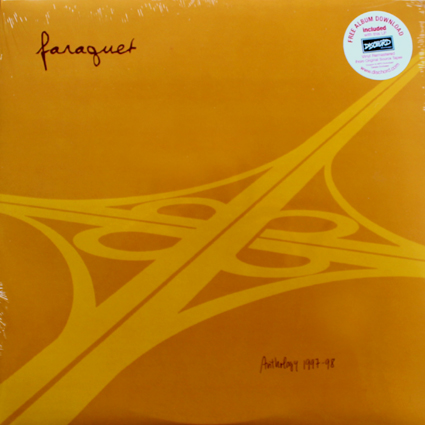 Faraquet – “View from this Tower” LP

Mathy-jazzy-post-hardcore grooves from Washington DC. In the quieter years of  the late 90’s, Faraquet were the flame keepers of the DC/Dischord scene. This album features newly re-mixed versions of songs recorded in 1997-98 and released on various singles, plus one previously unreleased song and one out-take. If your appreciation of Dischord dries-up after ’88 – revise your mind, and start here… 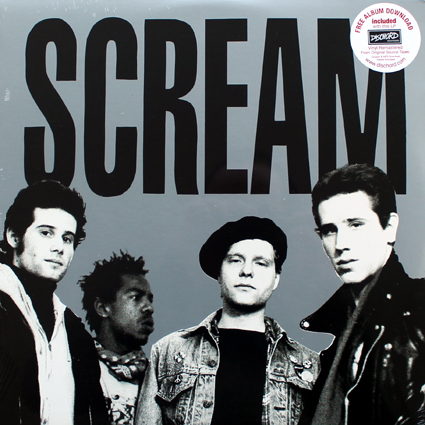 The Stahl brothers formed Scream in Northern Virginia, 1981. By the time of their second album, 1985’s This Side Up, they had become one of the big players in the US scene, with a musical ability that put them well ahead in the stakes of early hardcore’s dilema of ‘so exactly how do we progess from here?’. Adding a second guitarist, occasional keyboards, and broadening your vocal range (almost soulful), was the Scream solution. In all the endless retrospectives of Washington DC hardcore, they sometimes get overlooked – which I think is odd. Listen to this album to understand what I mean…

This Side Up by Scream 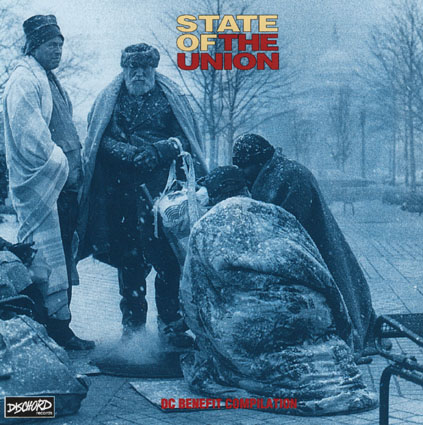 Various – “State Of The Union” CD 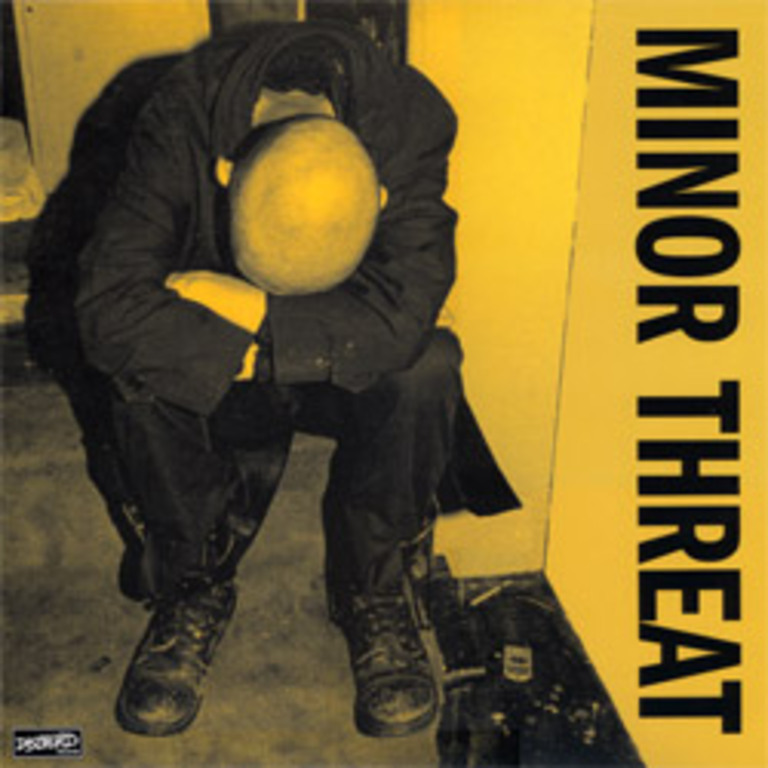 All of the Minor Threat vinyl releases, from 1981 to 1983: the First 7 Inch EP, In My Eyes single, Flex Your Head compilation LP, Out Of Step EP, Two Old Seven Inches EP, and Salad Days single. Re-mastered in 2003. 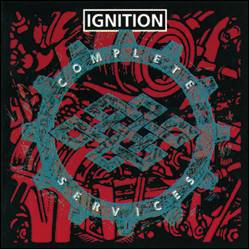 Compiles all of the records released by Ignition: The two 7″s (the self-titled debut and Anger Means, both released as Dischord half-numbers in 1987) and the two 12″s (Machination full-length album of 1988, and The Orifying Mystical Of… mini album of 1989). 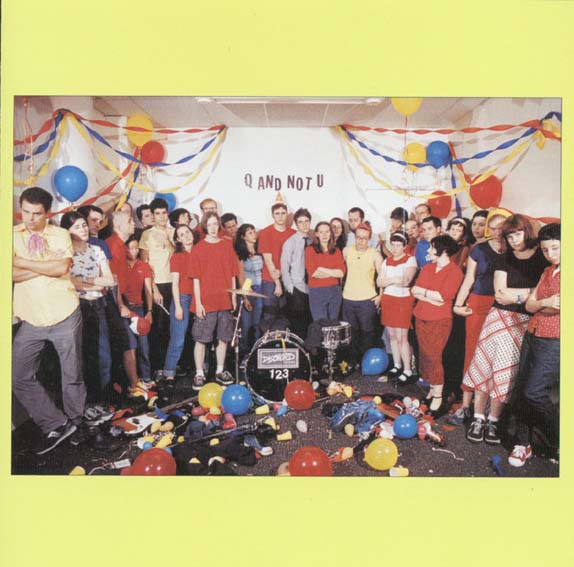 Q and Not U’s first full-length record, released in 2000. DC post-hardcore diced-up with indie-pop sensibilities and a dance-punk aesthetic. 11 tracks of up-beat rhythmic compositions with dissonant guitar and bass, each song built around catchy melodies and danceable grooves. 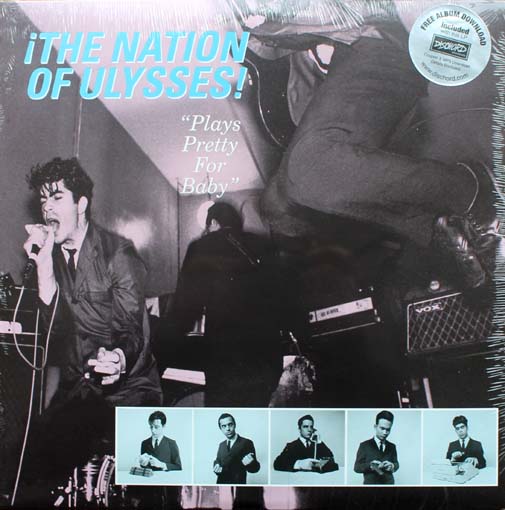